At Canadian Water Conditioning Inc., we are proud to support homeowners in the Tri-City area, providing them and their families with clean tap water that won’t stain their sinks, faucets, or kitchenware.

This month, we are pleased to showcase Russ Elliott, a local business owner in the Cambridge area, who has been using our services for his home water treatment systems since 1993.

Russ and his wife Cindy are managing partners at All-Risks Insurance Brokerage in Cambridge, which they set up in 2009. He resides in Cambridge with his family and is very active in the local community.

Russ was born in Vancouver, but he lived all over Canada during his early years. He spent time in Winnipeg as a child, attended high school in Burlington, and went on to study at the University of Waterloo.

After graduating from the University of Waterloo, Russ spent some time playing hockey in a semi-professional league in Port Huron then Thunder Bay, finishing his hockey career with the Cambridge Hornets in the Senior AAA League. In Thunder Bay, he started his career as an insurance adjuster, then joining Prudential of England in 1978. He moved to Ottawa for 2 years and, in 1982, was promoted to the Ontario Branch Office in Kitchener.

It was in Kitchener that Russ would make his next big career move, taking ownership of Hessenaur and Shantz Insurance Brokers in 1988. He and his wife set up the Cambridge office of All-Risks Insurance Brokers in December 2009. All-Risks is a full-service insurance brokerage, offering an array of property, casualty, life, health, and investment products and services. Their philosophy is to offer personalized service in a supportive environment.

Today, Russ resides in the Kitchener-Waterloo area with his wife, Cindy, and stepson Kyle. His son, Chris, and daughter, Cheryl, also live in the area with their six children. He is active in the local Cambridge community, supporting initiatives like the Puslinch Lake Conservation Association.

Russ began working with Canadian Water Conditioning Inc. in 1993 when they installed his first home water treatment system. Clean water was a priority for Russ and his family, and they wanted to take extra precautions. He found that we did an outstanding job with that first system, and he has worked with us ever since.

“I have built a new home and purchased another one since then, and I always call the team at Canadian Water Conditioning.” Russ says, “They’ve always been there when I need them, and their responsiveness is remarkable!”

When Russ built his new home, it had well water with a very high iron content. His family used the treatment systems provided by Canadian Water Conditioning Inc. to ensure that their water was clean, crisp, and didn’t stain anything in their new home.

“I wouldn’t deal with anyone else because they’ve been so good to me,” Russ adds. “Every once in a while, I’ll check their competitors to keep them honest, but they’re always competitive and their service is fantastic.”

We are thrilled to hear about Russ’ trust in our team, our service, and our systems, and we look forward to many years of supporting him and his family. 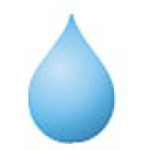